Home » Volunteer of the Year Returns 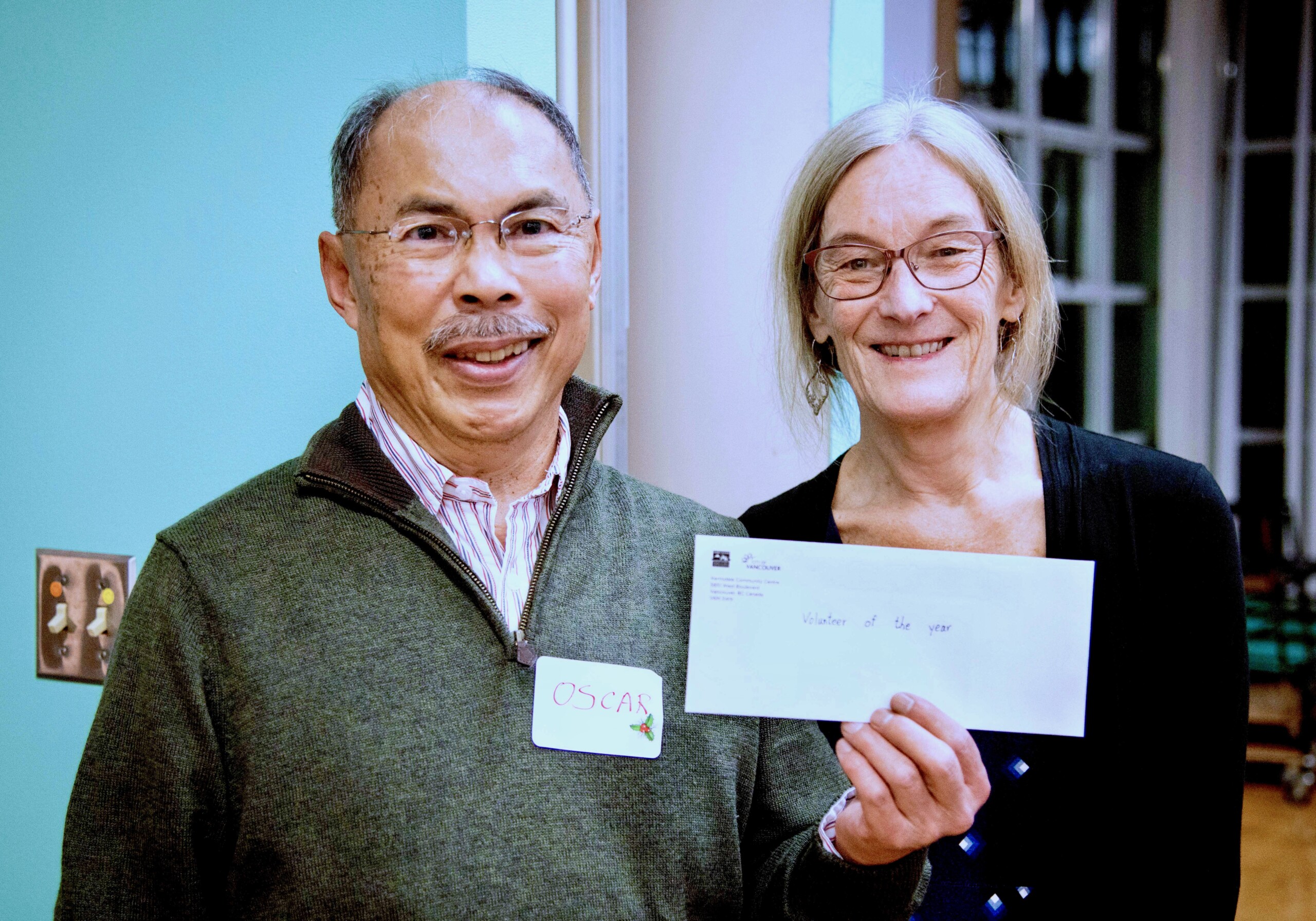 Volunteer of the Year Returns

After a two-year absence thanks to COVID, the Kerrisdale Community Centre Society’s (KCCS) Volunteer of the Year Award returned in 2022. Going back at least as far as 1983, according to our records and hallway photos, the annual award honours an individual for their outstanding spirit, knowledge and hours of service at the centre and/or in the community.

At one time a citywide community-centre initiative coordinated by the Vancouver Park Board, the award is now handled on a singular basis. Today, the KCCS’s ad-hoc Volunteer of the Year Committee selects a member of the Kerrisdale community each year. The award may recognize a single extraordinary event or service over several years.

The KCCS was pleased to announce at the centre’s recent Christmas party – also returning after two years – that the 2022 Volunteer of the Year is Oscar Bisnar (shown with KCCS president Kathy McKay in the photo above).

A retired secondary school teacher, Bisnar joined the board of directors in February 2009. He has since served as vice-president of the society (2010, 2013-16 and 2018) and president (2011, 2012). He has also been active on seven different board committees, including seven years as chair/co-chair of the Program Committee and eight years as chair/co-chair of the Youth Committee. In particular, Bisnar played important roles in both the revitalization of the Youth Committee and the protracted negotiations with the Vancouver Park Board to achieve a workable Joint Operating Agreement in 2018.

A pickleball volunteer, Bisnar recently helped work out the operational logistics of this increasingly popular sport. And his passion for the ukulele prompted him to start an online and in-person singalong group for adults/seniors.

“The programs, services and smooth operations of our centre owe much to Oscar’s dedication over the past 14 years,” says Kathleen Bigsby, a Volunteer of the Year Committee member and former winner herself.

The last award, in 2019, went to James Musgrove for his volunteer work at the Seniors Centre coffee bar, bi-monthly book sales and special lunches raffle sales, as well as at Angel’s Mind Matters gatherings.

Other past recipients include 2018’s Brendan McCracken, a long-time volunteer who helps clean up after the seniors lunches; and 2017’s Marilyn Iris Muckle, who has been the musical director and conductor of the Kerrisdale Senior Singers since 1990. Earlier award winners were instrumental in the Kerrisdale Figure Skating Club, Kerrisdale Soccer, Kerrisdale Little League and neighbourhood school PACs.