One of the earliest community centres to be built in Vancouver, the first wing of the Kerrisdale Community Centre opened in 1955. It, and the gymnasium constructed a few years later, were financed through a local improvement by-law initiative whereby residents in the area voted to directly fund facility building costs.  With the help of federal government grants and local fundraising, the Seniors Centre was built in 1986.  Following a major fundraising campaign, substantial renovations to the older parts of the facility were completed in 1999 and 2002.

Serving a neighbourhood comprised of a growing senior’s population as well as young families there is something for everyone available through this very popular centre. Kerrisdale Community Centre is located at West 42nd Avenue and West Boulevard, just one block south of the village business district. An indoor pool, exercise room, gymnasium, public library and seniors’ wing comprise the main building complex with Kerrisdale’s Cyclone Taylor Skating Arena (which houses the indoor play area ‘The Kerrisdale Play Palace’ each summer) sited just two blocks away.

Recreation programs of all description, for all ages can be found here along with swimming programs, lessons and a well-equipped fitness centre. Pottery, dance, health and fitness programs plus an indoor children’s play area can all be found at Kerrisdale Community Centre.

Outdoor amenities include a children’s playground and a lovely hybrid tea rose garden at the west end of the centre’s surrounding Kerrisdale Centennial Park. 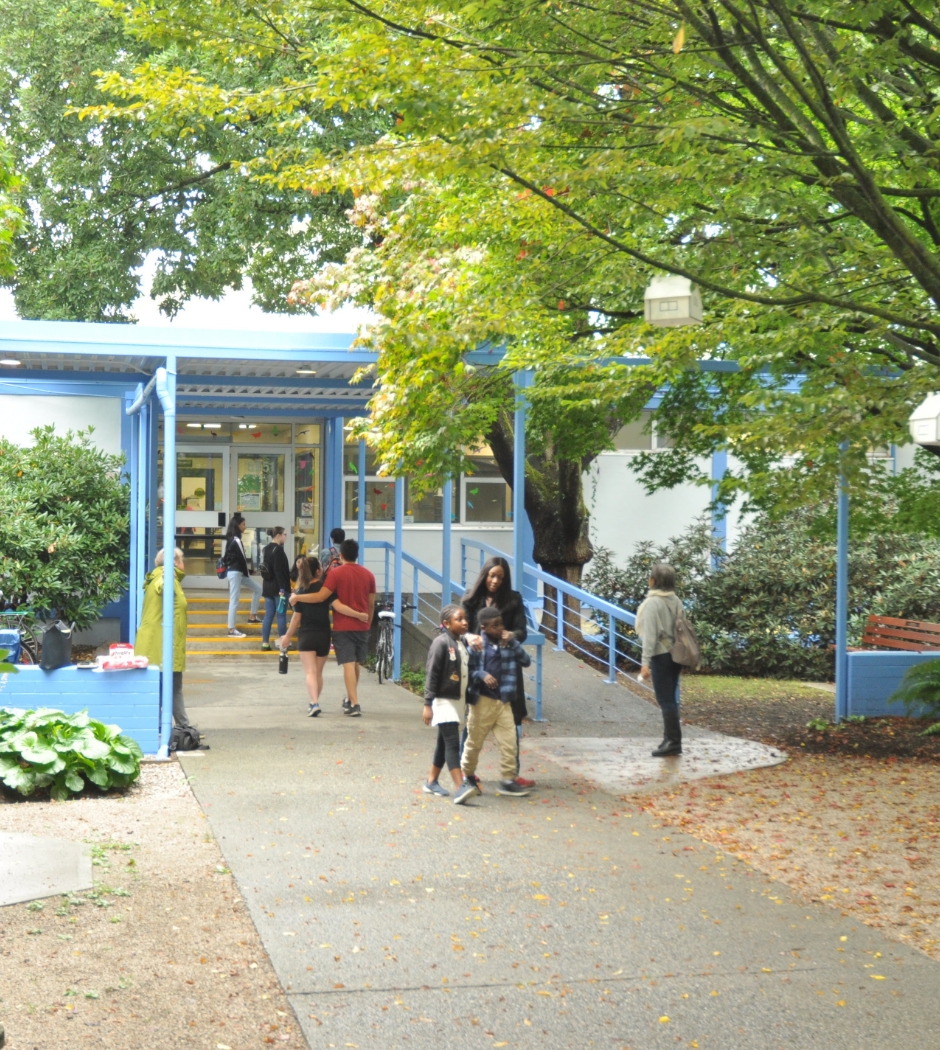 Kerrisdale had its beginnings in 1862 when the McCleery brothers, Samuel and Fitzgerald, decided to farm the area now occupied by the Marine Drive Golf Club. In the mid-1870s, the Magee family began farming just below where Marine Drive today meets Balaclava. The Mole family set their stakes at the present site of the Point Grey Golf Club.

Throughout the years, logging was well underway in the area. Kerrisale was logged no less than four times during this early period.

Kerrisdale was also beginning to become a desirable place to live. Transportation improved with the building of the CPR tracks in 1902. The B.C. Electric Company took over the Vancouver-Lulu Island Railway in 1905. In 1905, Mrs. MacKinnon was asked by B.C. Electric General Manager R.H. Sperling to name the tram station at Wilson Road (now 41st Avenue).Mrs. MacKinnon named it Kerrisdale after her old family home, Kerrydale, in Gairloch, Scotland.

In the century since Mrs. MacKinnon put a name to one of the best known districts in Canada, much has happened. Better transportation came to Kerrisdale in 1912. Street car tracks were laid along the graveled Wilson Road (41st Avenue) from the Boulevard to Dunbar Street. The fare was five cents. In 1920, tracks were extended along 41st Avenue eastward to Granville where connections could be made for through service to downtown Vancouver.

In 1904, Sydney Bell, who rode the rails to Lulu Island on what was called the Sockeye Special each day, recognized the corner of what is now 41st and West Boulevard as a great business location. As a result, he founded Bell’s General Store and Post Office in 1904.

From 1904-1912, the business district of Kerrisdale was composed of one general store and post office, one meat market, real estate office and hardware store.

In 1912, partners Frank Bowser and Frank Burd built the Bowser Block at 41st and West Boulevard. The building ,which still stands today, houses the Bank of Montreal, along with other businesses.

On March 26th, 1908 a square block was bought in Kerrisdale on which the Point Grey Municipality office would be built. Today, that block is occupied by the Kerrisdale Community Centre.

In 1929, the Municipality of Point Grey amalgamated with the City of Vancouver. 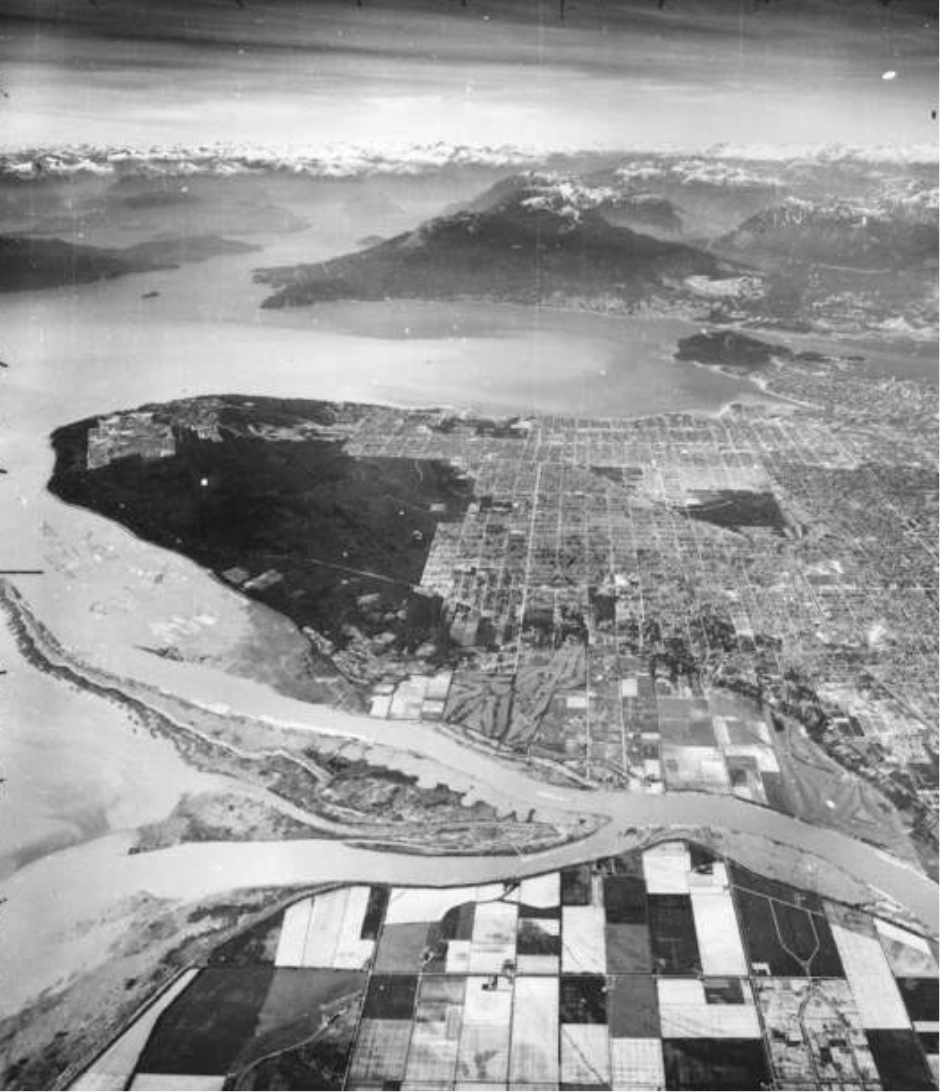 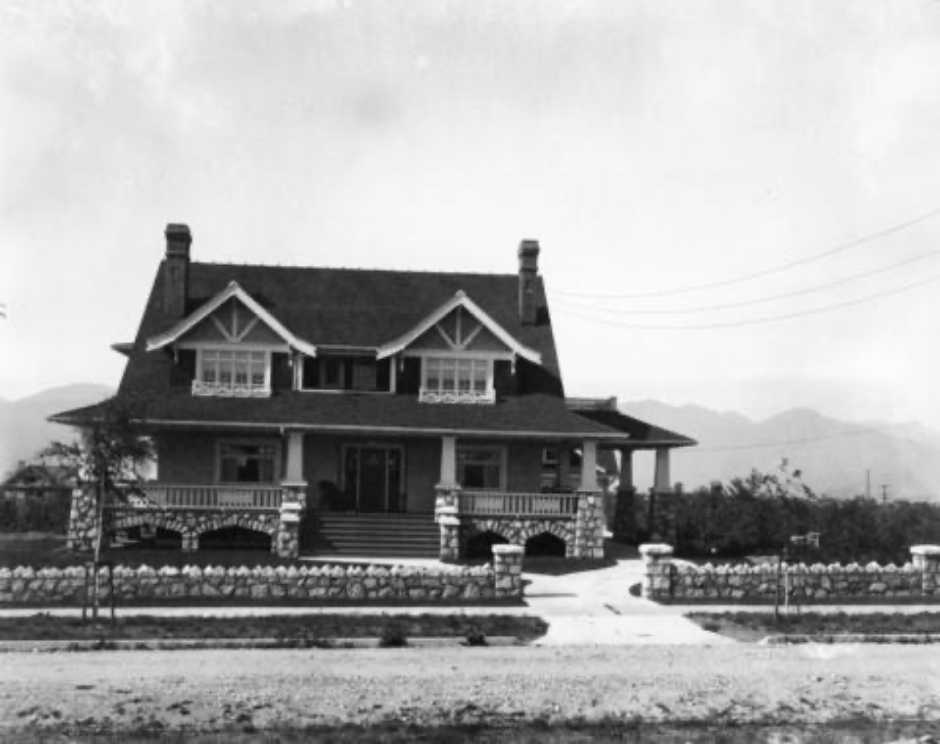