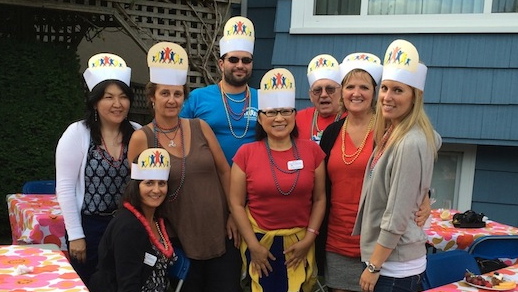 As our President, Kathleen Bigsby, is currently on holiday, I have been asked to prepare the President’s Report for the Winter Program Session, 2016.  The Society Board of Directors and the Executive Team have been working hard to keep community in community centres.  During the summer and into the fall our Society has been working with several other Community Centre Associations and with the City to address two issues: 1) a negotiated agreement on a replacement to the current Joint Operating Agreement (JOA) that defined the partnership between the Associations and the Park Board in the operation of the centres, and 2) the imposition by the City of a new program registration software system (ActiveNet) to replace the Safari registration software.

Despite negotiations to renew the JOA mediated by Mr. Vince Ready, we have made little progress and the discussions were halted in September, 2015 when it became apparent that the City would not even consider the Associations’ offer of compromise on several major items under discussion.

Use of ActiveNet registration software was contracted by the City and implemented without consultation with Community Centre Associations, contrary to the terms of the current JOA.  Actions of the City also redirected revenues previously received by Community Centre Associations to the City’s bank account.  As a result of these actions by the City, an application was filed in the BC Supreme Court on behalf of five Associations, including Kerrisdale, claiming that the City had breached the January 17, 2014 court order of Justice Bowden.

After several postponements, and at the time of writing this report, the ActiveNet application was re-scheduled to be heard on December 14th and 15th, 2015.  The release of Dr. Penny Ballem from the position of General Manager of the City was the primary reason for the last postponement.  Subsequent indications from the City and Park Board that both had a strong desire to reach compromises on the ActiveNet implementation and on JOA negotiations.  As such, our Society, in cooperation with several others, is now trying to work with the City and Park Board to establish conditions under which the implementation of ActiveNet registration software can benefit all.  Kerrisdale has taken the position that until that happens we are not willing to return to the broader negotiations on renewal of the JOA.

The Society has initiated a community needs assessment process.  The last needs assessment was completed in 2005.  The Board believes it is again time to assess community composition and to review programs and services being offered, and to identify others that the community desires.

On the topic of renewal, the Society has also re-activated a Youth Committee.  Reporting directly to the Board of Directors, this committee has created a strong link with students at local schools, established new terms of reference, and initiated new opportunities for local youth to develop leadership skills while facilitating activities that benefit local youth.

The Kerrisdale Community Centre Society was established in 1943 as the Point Grey Community Centre Society.  In 1949 the Kerrisdale Arena opened; and in 1954 the Community Centre was opened.  The Society holds paper files dating back to 1943 that include records of local fund raising, the constructions phases, several renovations, and ongoing Centre operations.  We have now initiated a process of digitizing the major files, and archiving all of the older files.  The digitized records of Board of Director minutes and minutes of major committees will/have been made accessible on our web site: www.kerrisdalecc.com.

Recently, the Park Board, our partner in the operation of the Kerrisdale Community Centre, cut back auxiliary staff hours for cleaning and maintenance of the Centre.   Considering all of the room to clean on a nightly basis, the amount of glazing, our long hours of daily operation, and large number of patrons the cutback is having a noticeable impact.  An increasing number of complaints about lack of cleanliness are coming directly to our Directors and staff members.  We are committed to working with Park Board staff to deal with this issue, and will continue to update you on our progress.

The Society continues its ongoing efforts to improve our overall operation of the Community Centre.  To this goal, in early 2015 the Society arranged a one-day workshop with Vantage Point, a contractor, to guide discussion of effective Board operations. Several of our Board members attended, plus Board members from other Community Centre Associations.  On November 7, 2015 many of our Board members and a contingent from our Seniors’ Council attended a half-day Vantage Point workshop on committee goal setting.  As a result of these workshops the Board has streamlined its meeting processes, and initiated steps to establish measureable committee goals.