Home » KCCS Annual Report to the Membership for 2016 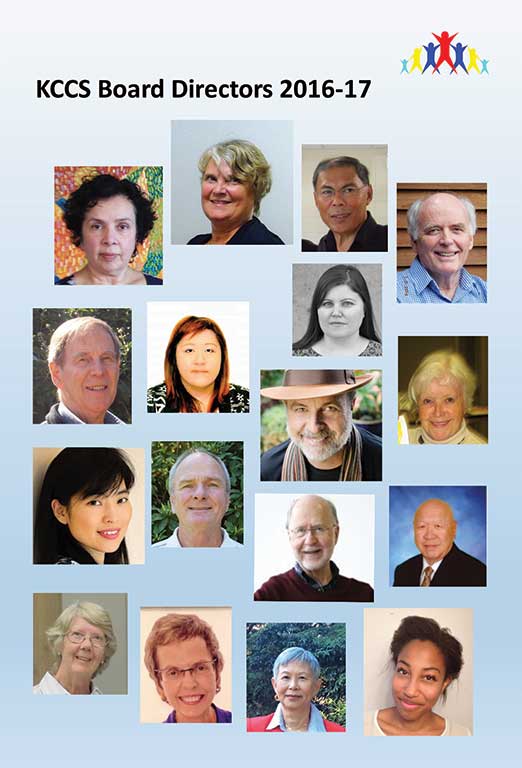 KCCS Annual Report to the Membership for 2016 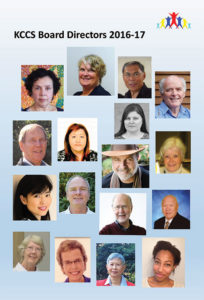 Without question, the major issue facing the Kerrisdale Community Centre Society this past year has been seeking agreement with Park Board on a new Joint Operating Agreement (JOA).

Since the early 2000s, the Park Board and community centre associations in the city have attempted numerous times to find common ground to update the agreement. Park Board has made various attempts since 2010 to control programs offered at all community centres and access funds belonging to the Associations. Park Board served notice in September 2013 to terminate the JOA and take over operations at Kerrisdale and other centres.  A small group of Associations, including the Kerrisdale Community Centre Society (KCCS), won a court injunction prohibiting the Park Board from terminating the JOA, or changing operations, until a future court hearing. Since then, there have been several unsuccessful attempts by different groups of Community Centre Associations (CCAs) to negotiate a new JOA with Park Board.

In the 2014 civic election campaign, the NPA and Green party candidates for Park Board promised that, if elected, they would achieve a more effective working relationship with Vancouver’s community centre associations (CCAs) and a Joint Operating Agreement (JOA) that meets the needs of the CCAs as well as the Park Board.

At the end of April, the Park Board Chair announced “The New Way Forward,” a consultation process designed to achieve a new Joint Operating Agreement by November 2016.  The Chair said that as negotiations between the Park Board and the community centres over the past years had not reached an agreement, a different approach was needed.

Sadly, continuing the character of previous processes, this one has been designed and driven by the Park Board which, unilaterally, chose the facilitator, set the agenda, and decided on the process and time frame.  Most of the content and even the language varied little from earlier Park Board material.  While “The New Way Forward” was defined as a consultation model, the CCAs were told from the beginning that the Park Board would only be selecting feedback that “made sense” to them to include in the final proposal.

The Park Board Chair also stated that the elected Commissioners would not meet with CCAs. Surely it is an important part of Commissioners’ fiduciary responsibility to gather information and perspectives from the CCAs, who are directly affected, as well as from Park Board staff before making their decision.

A group of volunteer Board members from fifteen CCAs came together over evenings and weekends in September and October to develop a JOA proposal that CCAs submitted– in good faith – to the Park Board in early November. There has been no communication with us from Park Board staff or elected Commissioners regarding this thoughtful, detailed proposal. It is notable that 15 community centres with diverse backgrounds, histories, sizes, and demographics came together as one voice to prepare a proposal that would work for all.  Surprisingly, some commissioners told us they did not read it.

Since September, the Park Board has produced two JOA proposals (December 1, 2016 and January 13, 2017). Unfortunately neither included several key elements that were put forward in our proposal and both included significant material that was not part of the consultation process. Additional legal advice is required to determine their potential impact.

Our major concerns with the current JOA are:

·        Provisions for termination of the relationship

The proposal gives the Park Board at least five ways to terminate the CCA with little opportunity for recourse by the CCA. Of greatest concern, the CCA may be terminated if it is not in compliance with as yet unspecified Park Board directives.  This creates a threatening environment for CCAs. Of particular concern, at the end of a 15-year period (three five-year terms) the relationship between the Park Board and the Community Centre Associations will end, with no provision for renewal.

We are happy to see that there is an improved dispute resolution clause in the agreement, albeit a one-sided one. In some cases, it allows the body that sets a policy or direction to be the one that adjudicates the use of the policy.

CCAs have proposed that, where required for participation in a program, memberships will be provided free of cost to be as inclusive as possible. Memberships are essential for volunteer-run societies that attract a large amount of grant and donation money into the community centre system. The membership model facilitates community engagement and local decision-making, which is vital in reflecting the interests of each neighbourhood at its local community centre.

The proposed JOA requires that each CCA turn over to the Park Board substantial revenue earned at each community centre through the fees that members pay for programs and services. This money will be put into a “Community Centre Investment Fund” to be spent at the discretion of the Park Board.  CCAs want to be assured that this money will be used to help support other CCAs whose communities have greater needs.

The proposed JOA infringes on each CCA’s ability to conduct its operations independently. It also limits each one’s ability to represent the interests of its local community without fear of reprisal. Some conditions conflict with the Societies Act and others conflict with the Generally Accepted Accounting Principles (Canada). The proposed JOA allows the Park Board to approve and implement policies at any time that could alter the terms of the agreement.  As proposed it is a contract that allows one party to change the terms and conditions at will.

Based on the material received from the Park Board thus far, a number of CCAs have indicated that they will be unlikely to sign the new Joint Operating Agreement. Park Board has advised that it will terminate joint operating agreements with those who do not.  In the case of the six CCAs who have injunctions, Park Board plans to activate the court case we brought against them in 2013.

Why is this Important to You?

The Joint Operating Agreement is a legal contract defining the roles and responsibilities of both the Park Board and the Community Centre Association as they relate to the operation of the community centres.   We need an agreement that allows the Kerrisdale Community Centre Society to provide programs and services that meet the needs of this community at appropriate pricing and scheduling, needed supplies and equipment, manage its internal affairs, and advocate for the recreation needs of this community.

The Kerrisdale Community Centre is the busiest community centre in Vancouver offering a broad array of programs to meet the needs of the Kerrisdale community and providing excellent service to our 12,661 members.  We had 19,391 registrations in 3,384 programs from fall 2015 until summer 2016.

We said good bye to some familiar faces and welcomed new ones to Kerrisdale in 2016.

Attracting and retaining energetic and committed Board members is an ongoing challenge, and essential to the Society’s health. We shall miss the Board members who left this past year, and look forward to the participation of those who have recently joined the Board and those standing for election at this AGM. We value all their contributions.

Direct participation by residents in the running of public recreation facilities is what makes Vancouver’s community centres truly centres of activities for the residents of each community.  Be a proud member of the Kerrisdale Community Centre Society and continue to support our Society to ensure excellent programming chosen to meet the needs of our community. Consider joining the Board of Directors.

To find out what’s going on, check the Society bulletin boards in the main lobby and the seniors centre. Minutes of Board of Directors and major committees are accessible at: www.kerrisdalecc.com. This is your community centre. Send your thoughts about programs and services or the content of this message to kerrisdaleccsociety@gmail.com.