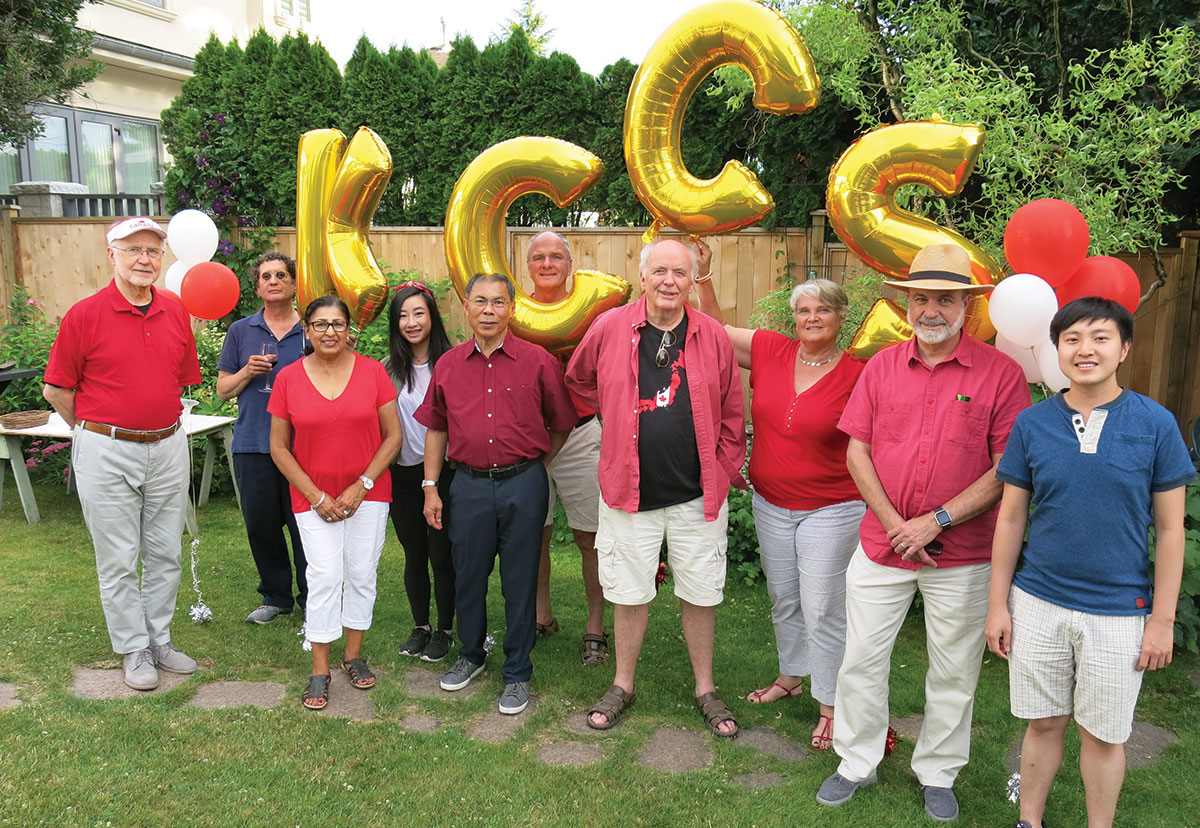 Much of the past year has been spent trying to achieve a new Joint Operating Agreement (JOA) with the Park Board that provides a framework for the effective operation of the Kerrisdale Community Centre over the next 10 – 15 years. It continues to be a challenge to develop an agreement that allows for the needs of our unique community to be addressed within a framework that the Park Board needs to ensure it can manage its affairs responsibly. Unfortunately, the concepts of partnership and collaboration with community no longer seem to be valued by the Park Board. The proposed service agreement focuses on the Park Board’s need to control our community-based volunteer organization that has worked to make this community centre a vibrant operation for over 60 years. This need overrides its respect for the residents of the community.

You have been hearing about this process for far too long, both in the Kerrisdale quarterly program brochures and at the public meetings held in June and September. You have written emails to Park Board Commissioners and phoned 3-1-1 with your concerns and support. In September Kerrisdale members voted to decisively reject the agreement the Park Board had offered us. Your Board of Directors has been heartened by your support and continued to push for clarifications to limit the circumstances under which some of the more worrisome clauses could be implemented. To a limited extent, we have been successful. Unfortunately, there are a couple of issues that continue to cause us grave concern. You can find more information on the My Vancouver Community Centre website: http://mycommunitycentre.com/mcc/blog/

While this work on a new agreement has been going on in the background, the Kerrisdale Community Centre has continued to provide attractive programs and services to our members.

Some major events in 2017 include:
In April, the Vancouver Courier announced that Kerrisdale Community Centre had been voted the best in Vancouver. This is the second time we have received this readers’ choice award. The exemplary service provided by our instructors and staff deserves most of the credit, and we’re grateful to our patrons who took the time to cast their vote for Kerrisdale.

On June 20, over 300 Kerrisdale members came to a community meeting –175 people at the afternoon meeting and 130 at the evening session– to learn about the new Joint Operating Agreement the Park Board had asked community centre associations to sign by 30 September 2017. Commissioners Erin Shum and Catherine Evans also attended.

The Kerrisdale Arena has been home to much more than ice events since it opened in 1949. It was the venue for Vancouver’s first rock concert, pet shows and now the children’s indoor pay area – the Play Palace. The Artist-in-residence project at the Arena in 2017 has produced displays and a video chronicling many of the major events occurring there based on residents’ memories and souvenirs along with photos and news articles in the Kerrisdale Community Centre’s archives, . Artists Lisa G. Nielson and Rene Cherrie produced a fascinating history of the Arena. You can see the displays at the Arena or watch the video at https://kerrisdalecc.com/when-kerrisdale-rocked/

Over the summer, a number of our members volunteered to provide the Kerrisdale Member Profiles that you have seen on the lobby reader boards, poster Boards in the Centre, and on our website. Their stories illustrate the many different ways the Kerrisdale Community Centre enriches the life of our community.

The Kerrisdale Community Centre Open House, September 16, provided a showcase for many Kerrisdale programs. Board members at the Society’s information booth handed out information describing the role of the Board of Directors in the running of the Centre and answered questions about policies, future directions, and the relationship with the Park Board.

On September 19, the first ever General Meeting of Members with advance voting was held. Over the course of the day, 496 members voted, and 97% of them chose to reject the Park Board’s April 2017 Joint Operating Agreement proposal.

In 2017 The Society received a large bequest and a sizable donation in recognition of the important role the Kerrisdale Seniors Centre and its many activities play in the lives of senior members of the community. Kerrisdale has approximately 1,600 senior members. The Seniors Council, staff and volunteers deserve our thanks for their contribution to this vital service.

Work to improve the West Boulevard entrance to the Centre began in the fall with the replacement of a very uneven section of sidewalk. Stay tune for more improvements to this long-neglected area.

Kerrisdale Community Centre Society’s Volunteer of the Year Award for 2017 was awarded to Marilyn Iris Muckle in recognition for her spirit, knowledge, and 27-years of service to the Seniors Choir at the Community Centre. The Choir rehearses weekly and gives between 10 and 14 concerts each year. This requires arranging and keeping track of the vast library of choir music as well as directing the choir.

Betty Anderson, Food Services Coordinator, was the inaugural recipient of the Kerrisdale Community Centre Society’s Outstanding Service Award. This award recognized Betty’s 13 years of dedicated and exceptional service managing the Seniors Lunch program at the Community Centre. Besides being uncannily accurate in her estimates of how much food to serve on any particular day, Betty often arranges to have a lunch delivered to regular patrons who aren’t able to come to the Centre.

Financially, the Society is doing well as shown in the audited financial statements for fiscal year September 2016 to August 2017. These statements are posted on the Society’s website.
www.kerrisdalecc.com/about-us/kerrisdale-community-centre-society/society-documents/

The Society is grateful for the skill and dedication of the Park Board and Society staff who work to make the Kerrisdale Community Centre so successful. We also have many committed volunteers whose efforts are invaluable. Reports of the Board committees with more detailed accounts of their activities in 2017 can be found in the Annual Report, 2017 on the Society’s website.
www.kerrisdalecc.com/about-us/kerrisdale-community-centre-society/society-documents/